Vaping is the act of inhaling and exhaling the aerosol, often referred to as vapor, produced by an e-cigarette. Studies show this practice is skyrocketing teenagers. One study noted that 1.7 million high schoolers and 500,000 middle schoolers said they had used e-cigarettes in the previous 30 days. 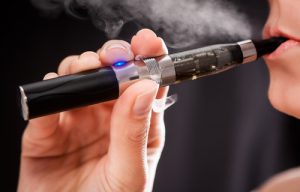 ~What is in e-cigarettes? Generally, the core of an e-cigarette is the “e-liquid” cartridge which contains the nicotine extracted from tobacco, mixed with a base, usually propylene glycol. However the flavorings, colorings, and chemicals that are also added are somewhat unknown since e-cigarettes just came under FDA review a few years ago. 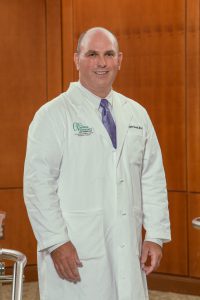 ~Are there toxins in e-cigarettes we may not know about? Absolutely. As mentioned above, the ingredients that make up the “flavorings, colorings, and chemicals” are usually not disclosed and can be widely unknown. Any heated and inhaled chemicals can produce a lasting effects on the lungs. One common chemical in e-cigarettes can cause bronchiolitis obliterans, also known as popcorn lung. Popcorn lung is caused when the same chemical found in popcorn, diacetyl, is heated and inhaled. The chemical scars the small airways in your lungs and can result in permanent reduced lung capacity and efficiency.

~In your experience, does using e-cigarettes up the risk of becoming a smoker? Yes, e-cigarettes are a gateway to smoking regular cigarettes.

~Some vaping advocates say e-cigarettes are a healthy/healthier alternative to people addicted to cigarettes. What do you say?I always encourage my patients to stop smoking altogether. If vaping is absolutely needed to wean off regular cigarettes, then it would be fine for a short period of time – no more than 2-3 months. However, it is never the long-term solution. I encourage my patients to try all other methods to quit smoking before resorting to vaping. Some very effective methods include the patch, gum, nicotine receptor blockers (i.e. Chantix), and smoking cessation classes or counseling.

~Vaping is increasing in people under age 18. Is that especially troubling? Yes, this is very troubling. Vaping, more times than not, results in a long-term addiction to cigarettes. Vaping can be viewed by the younger generation as a less dangerous habit when really it is just as dangerous as smoking regular cigarettes. This misconception has led to a 900% increase in vaping among high school students from 2011 to 2015 according to the American Lung Association.

~What other messages do you have about vaping? My message would be to avoid vaping at all costs. Nicotine addiction is not to be taken lightly and can result in a lifetime of chronic lung disease and even lung cancer.