by Scott Graupner, DO, Lexington Oncology

Immunotherapy is a key tool in the treatment of cancer and has revolutionized oncology over the past decade. Immunotherapy is the use of mainly IV medications that stimulate one’s own immune system to re-recognize invasive cancer in the body. It navigates around the camouflaging techniques cancer uses to hide from the immune system and reinvigorates the body’s immune response to fight off the cancer.

Immunotherapy has brought significant improvements in survival and quality of life for cancer patients. Traditionally, oncology has been focused on three strategies:

These are still vital tools in the treatment of cancer, but immunotherapy and new drugs that target the specific mutations causing cancer are changing cancer treatment, allowing more individualized treatment instead of a one-size-fits-all approach.

Types of cancer for which there were previously had very limited treatment options now have more promising available treatments, with a significant decrease in side effects than previous treatments.

Research for enhancing the immune system to fight disease is not new, but what has been revolutionary in recent years is the bountiful surplus of new medications moving from research to human use with far more success than in the past.

Most immunotherapy focuses on using a specific type of white blood cell in the immune system known as T-cells, which are important in both memory and attacking things that do not belong in our body, such as infections or cancer cells.

Research oncologists, James Allison and Tasuku Honjo, recently were awarded the Nobel Prize for their work in developing the first modern immunotherapy drug named Yervoy (Ipilimumab), used initially to treat melanoma. Melanoma is an aggressive skin cancer that until recently had very limited and mostly unsuccessful treatments in more advanced stages where the cancer had escaped the skin and invaded to lymph nodes or other parts of the body. Immunotherapy revolutionized the treatment of universally-fatal Stage 4 melanoma from a disease with limited survival potential to controlling the disease for years in a majority of patients. In some patients, long-lasting clinical remissions remain ongoing.

Since then, many new immunotherapy drugs have been approved and they are now used in the majority of cancer types in both the Stage 4 advanced cancer setting and in earlier forms of cancer as well.

Immunotherapy is used to treat most types of cancer in different stages of the disease. There are hundreds of clinical trials ongoing across the world using new immunotherapy drugs and existing drugs in new ways of treatments. Mainstream media recently shared news from an international oncology conference where results from an immunotherapy clinical trial were reported that showed promise in the treatment of rectal cancer. The trial showed in a small group of patients with locally-advanced rectal cancer with a specific cancer-causing mutation who were given immunotherapy rather than standard combination chemotherapy, radiation, and possibly surgery. Imaging showed that all participants had complete responses to treatment, with far less side effects and an improved quality of life.

As a young research oncologist, I entered the field of hematology oncology during this immunotherapy revolution. It has been a very exciting time to be part of the field. New discoveries are constantly being made and better ways to use available therapies are continuing to evolve the field of cancer treatment.

Lexington Oncology has the resources to provide all these new FDA approved medications in the treatment of cancer with a highly-trained team of providers. Lexington Oncology also is very involved in leading the way in cancer discovery, with many clinical trials open. Six of these trials involve new immunotherapy treatments for breast cancer, lung cancer, bladder cancer, and kidney cancer.

Immunotherapy is becoming an important tool in our arsenal in battling cancer, along with traditional surgery, radiation, and chemotherapy and the most important component all - cancer prevention and early screening. 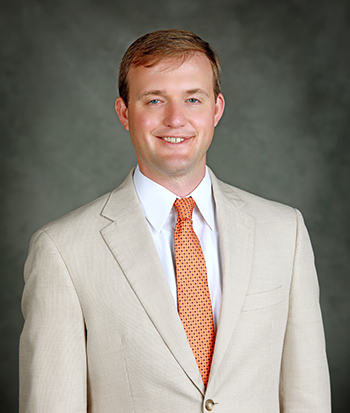