Lexington Medical Center diagnoses approximately 265 cases of lung cancer each year. It’s the second most commonly diagnosed cancer in the hospital’s network, and unfortunately, the most common cause of cancer death.

The hospital is now the first in the Midlands to use Ion®, a new robotic technology that makes it safer and easier to biopsy suspected lung cancer. It can lead to earlier diagnosis, which means starting treatment sooner and improving outcomes.

The procedure combines computed tomography data and robotic-assisted technology to facilitate and expedite access to lung nodules through bronchoscopy, a procedure to see directly into the airways of the lungs through a lighted camera. The entire procedure is performed without any external incisions.

“We are excited to offer this procedure to our patients. It should allow us to biopsy nodules at a smaller size, with more accuracy and less complications. It’s a win for everyone,” said Heather M. Currier, MD, FACCP, cardiothoracic surgeon at Lexington Medical Heart and Vascular Center. Dr. Currier recently completed the first procedure at Lexington Medical Center.

Most lung nodules that need to be biopsied for possible cancer are deep in the branches of the lungs. Traditionally, clinicians biopsy from the outside in, with a needle from the surface and using a CT scanner for guidance. That technique increases the risk of dropping the lung and makes it harder to go after small nodules, which move with each breath. Often, large blood vessels between the surface of the chest and the nodule also need to be biopsied.

Ion allows surgeons to biopsy from inside the airways. The system reaches all 18 segments of the lungs and enables doctors to access hard-to-reach lung nodules, such as those in the outer periphery of the lungs. Using CT scan data of a patient’s lungs, doctors generate a three-dimensional image of the airways and its branches, as well as the target nodule, and create a preplanned path to reach it.

During the Ion procedure, the patient is asleep under general anesthesia. The controller navigates an ultra-thin robotic catheter. The flexible catheter can pass around tight turns into the branches of the lungs. The system allows the surgeon to know exactly where the catheter is in the patient’s lungs at all times, in real-time.

Once the doctor reaches the nodule, the system allows him or her to lock the catheter in place. The doctor can extend the needle through the catheter into the lesion to obtain a tissue sample to biopsy. The surgeon then withdraws the needle and sends the tissue sample to a pathologist to analyze for cancer cells. If it is cancer, the patient can elect to have the cancer removed at the same time or come back another day.

“This technology should allow us to diagnose and intervene on lung cancers earlier, before they have a chance to spread, at little risk to the patient,” Dr. Currier said. 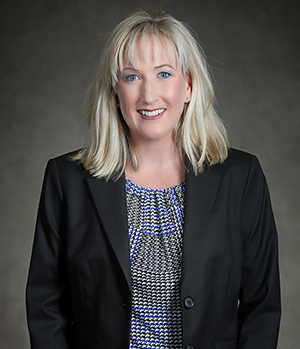 The Benefits of Yoga for Cancer Patients

Alcohol Use Linked to Breast Cancer