With an aunt who had breast cancer, Libby did everything she could to reduce her risk of developing the disease.

“I breastfed my children. I never took hormones. I never took birth control pills,” she said. “But I learned breast cancer doesn’t always follow a textbook.”

With her family history, Libby began mammograms in her late 30s.

It was a decision that may have saved her life.

At age 39, Libby had never felt any lump or had any issue with breast health. So, she wasn’t too concerned when she received a phone call from Women’s Imaging at Lexington Medical Center a few days after her routine mammogram. They asked her to come back for more scans.

After that, Lexington Radiology Associates at Lexington Medical Center told the wife and mother of three young children that they saw an area of concern.

The preliminary diagnosis was invasive ductal carcinoma, the most common type of breast cancer. The doctors told her it was stage 1, meaning it was most likely contained to the area where the first abnormal cells began to develop.

“I asked, ‘Why do I have this?’ You could be like me and not have a symptom a day in your life and wind up with cancer,” she said.

A friend had T-shirts made with the words “Faith Over Fear” and “#LibbyStrong” for Libby and her colleagues. They also made pink crosses to hang on their badges to show support for their colleague. 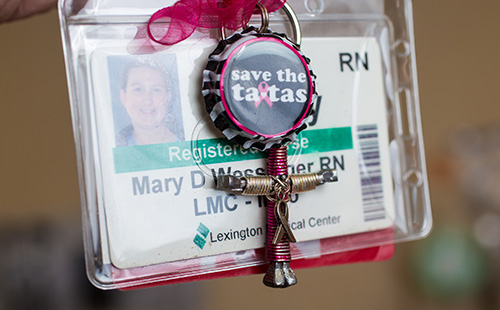 “Women in the United States have a one in eight chance of developing breast cancer, so it is highly likely that someone you know and love has been or will be diagnosed,” Dr. Stillwell said. “I strongly recommend that women follow screening guidelines like Libby did and seek the highest quality imaging available.”

Libby’s oncology team cleared her from treatment on October 1, 2020. 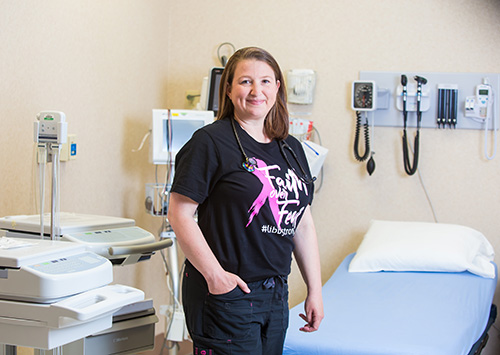 “I got emotional because October was the start of Breast Cancer Awareness Month,” she said. “Now, I do lab work every three months and take a hormone blocker for five years.”

Because Libby had an aunt who also had breast cancer, she underwent a battery of genetic testing, which revealed her cancer was not genetic. Instead, it was hormone fed.

She doesn’t like to think about what might have happened if she had not had routine mammograms.

“If I had waited until I was 41 or 42, I’m sure my surgery would have been more in-depth. I probably would have needed chemotherapy,” she said. “I’m grateful I had my mammogram when I did.”

And she has advice for others.

“Don’t put off routine screenings. Do it now – even in the time of COVID-19. Your health is so important. You need to take care of yourself regardless of what’s happening in the world.” 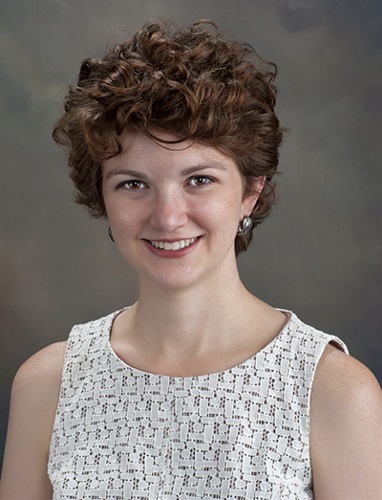 Early Detection Could Save Your Life