This month, South Carolina reported its first confirmed case of measles in more than 20 years. The case was in a person who lives in Georgetown County. So far in 2018, 124 individual cases of measles have been confirmed in 22 states and the District of Columbia. That’s up just slightly from last year.

The rash begins at the hairline and moves down to the lower extremities.

“Some clinicians say that measles is the most contagious infectious disease in the world,” said Dr. Matthews.

That’s because measles spreads through droplets and air contact – including sneezing or coughing. And, the virus can stay alive on surfaces for two hours.

People who are younger than 5 and older than 20 are most likely to experience complications from the measles. One out of every four in that group will be hospitalized. Severe complications from the measles can include swelling of the brain and statistics show that 1 out of every 1,000 children who develops measles will die, typically from pneumonia. 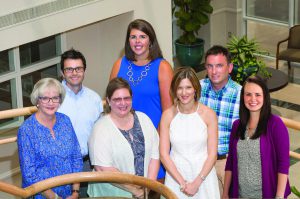 The best way to protect yourself and your family against measles is with the MMR vaccine. Typically given at 12 to15 months of age and then with a booster between 4 and 6 years of age, the vaccine is 97% effective at preventing measles.

In 2000, the Centers for Disease Control and Prevention reported that measles had been eliminated in the United States thanks to a strong vaccination program. But in recent years, some parents have chosen to delay or not give their children the measles vaccine at all. Often, that’s because parents have been given misinformation that the vaccine can cause autism. To be clear, the MMR vaccine does not cause autism.

It’s important to note that measles is still very prevalent in other parts of the world. If Americans travel to another country, or if they’re exposed to people with the measles who have traveled here, they are susceptible to the disease if not vaccinated.

Dr. Matthews talked with WLTX this week about the measles. You can view the interview below.