Celebrating a Legacy of Patient Care

After nearly 50 years of taking outstanding care of people in the Midlands through his work as a surgeon, Charles W. Harmon, MD, FACS, has retired from Lexington Medical Center. Throughout his career, Dr. Harmon has served as Lexington Medical Center Chief of Staff, a member of the hospital’s board of directors, physician at Lexington Surgery, and a Clinical Assistant Professor at the University of South Carolina School of Medicine.

As a young child in Lexington in the early 1950s, Charles Harmon, known as “Will,” developed a fascination with tools and mechanics.

“I liked to fix things,” he said. “I liked doing things with my hands.”

He could wire a lamp, hook up a telephone, and break down a carburetor simply to explain how it worked.

Dr. Harmon’s family has lived in Lexington County for generations. His father Charles Vernon Harmon was a World War II veteran, Lt. Colonel in the United States Army, physics teacher and Lexington County Superintendent of Education. His mother Bedie George Harmon was a well-loved teacher in Lexington. His parents instilled the importance of constant learning in their young son.

“One day, Dad brought home an old surgery textbook from Fort Jackson,” Dr. Harmon said. “Once I started looking at it, I couldn’t stop. I loved all of the anatomical drawings and the way the instruments were laid out. I still have that book.”

He also loved growing up in Lexington. An only child, Dr. Harmon lived in the historic Henry Meetze House next to his grandparents’ home on South Lake Drive.

He remembers the family practice physicians in town who made house calls to see his grandparents.

“The doctors taught me the concept of humanity,” he said. “I remember them holding my grandparents’ hands at the bedside. That’s a physician at work, not just a doctor. Seeing that certainly made me want to be a physician.”

And his love of mechanics made him want to specialize in surgery.

“The ultimate fix is to operate on someone and fix something life-threatening. That’s the ultimate mechanical repair.”

Sadly, he wasn’t sure it would ever happen.

“I went for many years thinking as much as I’d love to be a physician, fortune was not going to take me that way.”

Dr. Harmon’s father died when he was just 13 years old.

“At Lexington High School, I took vocational agriculture classes because I knew about farming and thought I could make a living doing that if other things didn’t work out.”

But fate intervened with a string of fortuitous events. Dr. Harmon’s mother was friends with the heads of science departments at Columbia College.

“They wanted to get someone to go to medical school from Columbia College,” he said, while chuckling. Harmon enrolled there in 1964 with a double major in biology and chemistry. He was the only male science student at the mostly all-girls school.

After graduation, Dr. Harmon went to the Medical University of South Carolina in Charleston, and completed a general surgery residency at Richland Memorial Hospital and the Veterans Administration Hospital in Columbia, which included a cardiac and thoracic surgery rotation at MUSC and the Charleston Veterans Hospital.

Continuing to embrace his love of mechanics as a young adult, he worked at a mechanical repair shop throughout medical school, enabling him to complete his education without debt.

During school, Dr. Harmon met a fellow chemistry student named Diane Moseley. They got married at the end of his training and came home to Lexington.

Dr. Harmon opened up shop as a surgeon in private practice in Lexington in 1976, having consultations with patients in the house where his grandparents once lived. He performed surgeries at Lexington Medical Center.

“Surgery gives you the opportunity to definitively fix something that would otherwise be life-threatening,” he said. “With all of the hand, mind and eye coordination you need, it’s mechanical - but also extremely human, allowing the closest interaction you can imagine. There’s nothing more satisfying than a successful operation.”

Dr. Harmon quickly became a leader in medicine in the Midlands. Over the years, he served as Chief of Staff as Lexington Medical Center, a member of the hospital’s board of directors for several terms and medical director of Outpatient Surgery. He has been a Clinical Assistant Professor in the Department of Anatomy and Cell Biology at the University of South Carolina School of Medicine. And he’s mentored students in all levels of medical education.

“I’ve had the good fortune to have the most wonderful patients in the world – my hometown people. I’ve grown up with a lot of them – they were my classmates, teachers and distant family members,” he said. “I thank them so much for their confidence in me. It was a tremendous honor.” 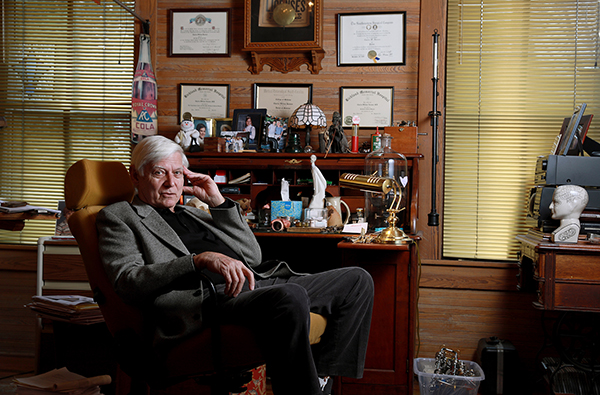 Dr. Harmon’s peers speak very highly of him. They call him a true scholar, gentleman and caring surgeon who is extremely well-read, knowledgeable, humble, loyal and respected by patients, staff and colleagues. And they noted his legacy extends far beyond the operating room.

Dr. Harmon officially retired from Lexington Surgery, a Lexington Medical Center physician practice, on December 31, 2020. He and Diane have been married for almost 48 years. Diane is a retired United Methodist minister who graduated from the Candler School of Theology at Emory University. They have two grown children – Brian and Amy.

The week after he retired, Dr. Harmon, age 73, returned to where it began – mechanics. He enjoys machine work and welding, including the restoration of cars and engines. His latest projects include a transmission overhaul on a 1952 MG – a British sportscar, a full restoration of a 1970 Porsche 914/6, and work on a 1939 BMW motorcycle engine, a Lotus Seven, and a 1957 Porsche speedster. 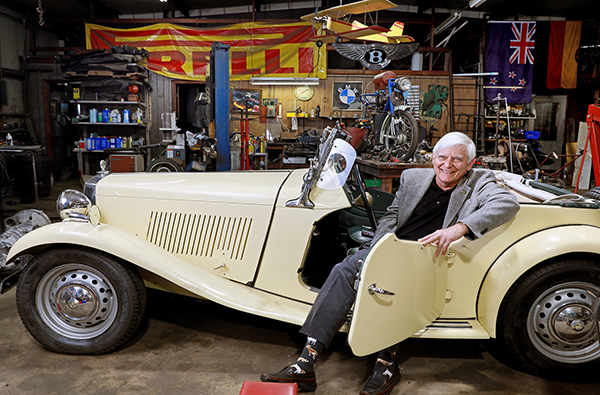 Dr. Harmon is just a few months into his retirement.

“I did not adequately anticipate the amount of recalibration that’s required,” he said. “When you get up on Monday morning for nearly 50 years and have patients to see and suddenly stop doing that, it’s difficult.”

So, the doctor prescribes some advice for other new retirees.

“Write, read or do something that works your brain. Develop those interests before you retire.”

In addition to mechanics, Dr. Harmon looks forward to staying involved in medicine in consulting or mentoring roles. He also continues to teach at the medical school.

“Preparing for those roles and making sure I do a good job is keeping me engaged with what I love.”

A Special "Key to the City" Presentation for Barbara Willm